Hello there. I'm Shen, and I'm a student of Philosophy and Computer Science. The subject of my undergraduate thesis is on Metaphysics, and I often come across friends and colleagues in the Sciences, who are unfamiliar with the topic. What is Metaphysics? What sort of questions does it investigate? What is its purpose and utility, as a subject in the first place? These are all worthy questions, so let us explore them today.

As fellow explorers of the world, we are all united by our dedication to the pursuit and understanding of our human-reality. Hence, the work of a Mathematician, Computer Scientist, Physicist, or Philosopher all stem from our fascination with the world, and its details.

This article is an introduction and an overview of metaphysics as a Philosophical discipline. But more importantly, I hope that through this understanding, it will present an understanding and appreciation of the beauty and unique perspective that metaphysics offers, as a means to comprehend the world.

Metaphysics is a study of Being

We live in a world of "things", which exist as components of our reality. These "things" can be physical objects, such as a chair, a rock, a tree, or the laptop in front of you. But these "things," (which at this moment, we can only afford to speak loosely and imprecisely about) do not necessarily have to be physical. In fact, many of them are not. A computer algorithm, a mathematical equation, even your friend's phone number – all of these are examples of "things" which have no physical existence. But yet, they are all definite components of our human reality – for we can think of them, act with them, and reason about them in definite, and well-defined manners.

So, what do all of these "things" share in common? An equation is quite different from a table or a tree, after all! At this stage of our discussion, we can only discern one commonality between all of them, which is that they exist as components of our reality – even though this existence is not always physical. They exist, because they are.

Hence, these "things" are beings – components of our reality. An explanation or theory about the nature or behaviour of being is called ontology – the study of the ontos – being, or "that which is."

Now, we only have to ask: what is a study of being like?

The Sciences as an (Empirical) study of Being

The study of being may sound abstract and metaphysical, but it does not have to be. To begin, let us look at the empirical Sciences. Science, in its own way, is a study of being! In fact, each Science has a category of being that it investigates, and different methods to which this investigation is pursued.

Let us take the humble rock, a being that was first presented in our examples. What is the being of this rock? Hand it over to a Geologist, and she will examine it– and using the methods of her discipline, come to a rigorous account of the rock's being.

She could begin with an examination of the rock's material, by holding it up to the light. And marvel at the way that it's rough surface glimmers, as its details appear. There will be feldspar and muscovite, wholesome in their dullness. Amidst tiny inclusions of quartz, and amphibole, which lends a subtle sparkle, to the texture of the stone. A sample could be chiselled and pulverised for analysis – yielding realms of graphs and data, showing the exact distribution of silicates and carbons within. This is a material account of the rock's being – and the Geologist can conclude from it that the rock's being is granite – as determined by its constitutive minerals and chemistry.

But this is not the only account possible. She may reach the same conclusion, through entirely different means. Lacking the means and facility of a field laboratory, the Geologist can equally attempt an account by looking at the source of the rock instead, by discerning clues on how it came to be. She could look at the site of the quarry, situated against weathered bedrock of a weary continent. And examine the slopes of the landscape, and see the ruins of an ancient caldera in the formations around. With that, she can conclude that the efficient cause of the rock is through volcanic activity – that this sample was once a part of a lava column, of an eruption long ago, lost in geologic time. Hence, she will conclude that the rock's being is igneous, specifically igneous granite. The same being, but accounted for differently, in different means.

Both of these accounts are valid, even though they take on slightly different characteristics, and address facets of the rock's being in slightly different ways. It is a demonstration on how the study of being is one of the primary concerns of the Sciences, and not just the being of material objects either.

For is it not the task of a Computer Scientist, to discern the being of an algorithm? Do we not talk about different categories of algorithmic complexity, and rank programs by their behaviour? Given the same end, a programmer may use either a recursive function, or an iterative one – and in order to understand the differences in their performance, we must know the being of the algorithm, sometimes in deep, information-theoretic ways.

Metaphysics as a study of all beings

What does it mean to be a discipline which aims to study all beings? After all, the being of a rock, and a table, seems fundamentally different from the being of an algorithm or equation. But yet, the fact that they all exist, implies some deep and fundamental commonalities.

Thus lies the difficulty and abstractness of metaphysical inquiry. If we want to provide an account for being, it must be able to satisfy not just one being, or a category of beings – but all beings, from oak trees to search trees, and everything in between. To quote the words of Martin Heidegger (a metaphysician of the first order):

The question is the broadest in scope. It comes to a halt at no being of any kind whatsoever. The question embraces all that is, and that means not only what is now present at hand in the broadest sense, but also what has previously been and what will be in the future. The domain of this question is limited only by what simply is not and never is: by Nothing
...
Given the unrestricted range of the question, every being counts as much as any other. Some elephant in some jungle in India is in being just as much as some chemical oxidation process on the planet Mars, and whatever else you please.
– Martin Heidegger, Introduction to Metaphysics.

Wow! Isn't it audacious, to think that we can attempt to account, or theorise, about the nature of all beings? Isn't it both scary, but also exciting? To think that there is something which puts me into a common relation, with a tree, with a boulder, with equations and phone numbers and elephants too – some elusive foundation behind our human-reality.

That question is the "elusive foundation" behind our human-reality, that metaphysics aims to pursue. We are all united by our being, by the fact that we are, as opposed to we are not. Why are there beings, asks Metaphysics. Why are there any beings at all?

And just like with the Riemann hypothesis or the Standard model, or the apogee of any art and scientific endeavour, it remains an open question.

It is, one of the Unsolved Problems of Philosophy.

The Practical Necessity of Metaphysics

We will conclude today's discussion, with a quick examination of the utility of metaphysics in practice. I hope my sketch of metaphysics has awakened your wonder and curiosity, the same aesthetic appreciation that unites all of us in our studies and inquiries. At the same time, metaphysics – like any abstract scientific pursuit – is also a bountiful source of practical utility and applications. And although metaphysics is more abstract than most – the pursuit of its study opens up more derivative fields of inquiry, that can have surprising relevance to our day-to-day lives.

The relationship between philosophy and metaphysics is keener than most, for many of the most interesting and practical questions of philosophy, find their ground eventually, in the question of being.

Consider the question of happiness, for one! What does it take, to live a happy live? If you were to ask Aristotle, he would have said that eudaemonia (a sense of virtuous flourishing, happiness) comes from acting according to the "characteristic activity of the human being." What is the characteristic activity of a human being? This is, ultimately – a question of ontology. It is a question about the being of a human!

Likewise, consider the question of politics. How does one create a good government? For Thomas Hobbes, a good government is one held by a strong, authoritarian sovereign, who holds absolute power over all men. How did he come to this conclusion? It's because Hobbes believes that the being of man is fundamentally selfish, with "the life of man [in nature being] solitary, poor, nasty, brutish, and short." But someone like Rousseau would have entirely different views on government, all due to a different conception of the ontology of humanity.

Finally, consider our personal lives, and our struggles with living. What is authenticity? What is true love? All of these are questions, which we will face in our own journey. And the answer to these questions, all have a foundation, in examining the being of our nature, as well as the being of love.

This is why metaphysics is so exciting for me. It is the theoretical physics of Philosophy, the understanding of which will further our exploration in other fields of the human condition.

Metaphysics is a study of being, which serves not only as the broadest question, but also the deepest question.

And through this study of being, not only will we come to a better understanding of the other beings in our reality.

But also examine our own beings, and learn what it means to be.

Thank you for reading my article on metaphysics. If you have any comments questions, or philosophical musings of your own, feel free to reach out and contact me! I am always looking for conversations with interesting strangers, and pen-pals of philosophy and contemplation. 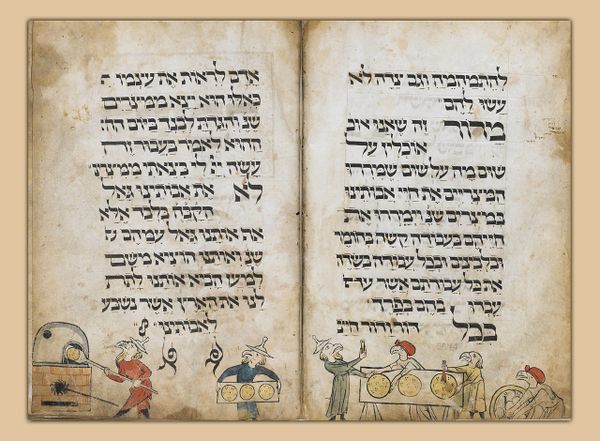